For a while, social media was treated to some very hilarious moments when the commission’s Twitter handle gave funny responses to tweets that were usually directed at them.


This hilarity was experienced by most Nigerians between 2016 and 2017, and the man behind the many funny tweets we enjoyed was later revealed to be a young aspiring rapper who goes by the name  Olufemi Olukayode Adeyemi a.k.a Fshaw.

However I figured I should dig them out from their archives and share the most epic and hilariously sarcastic responses, because why not? The internet they say, never forgets.

1. When someone said EFCC was stale: 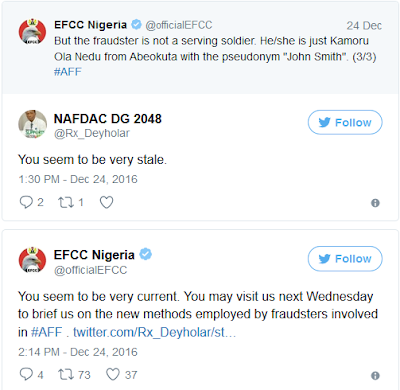 2. Someone asked the commission if cat had belly buttons. 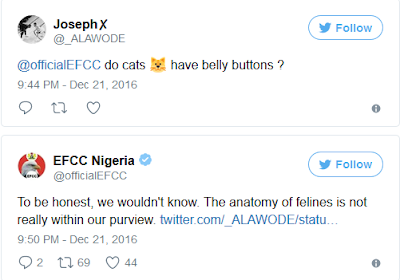 3. When someone asked EFCC to pick up Arsenal’s coach. 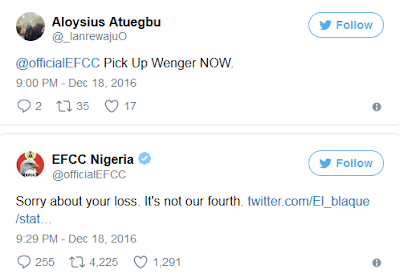 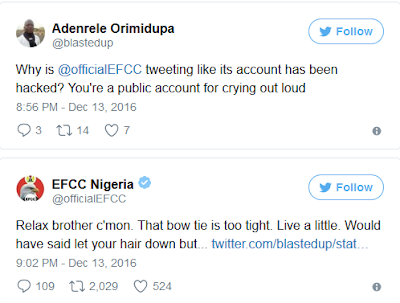 5.When someone said Yahoo was making live better for Nigerians. 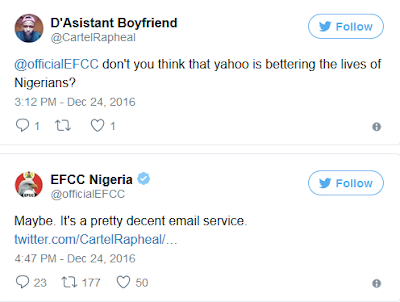 6. Someone asked if he should join the new Ponzi scheme NNN.

7. The one about landlord. 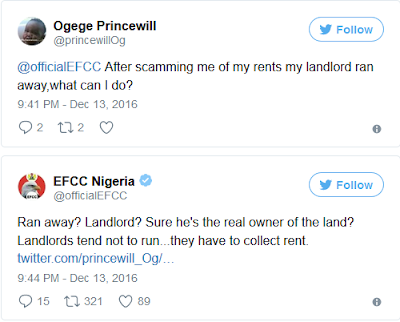 8. When someone asked which he should consider between MMM and yahoo yahoo (419). 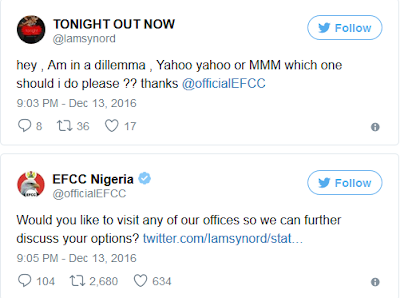 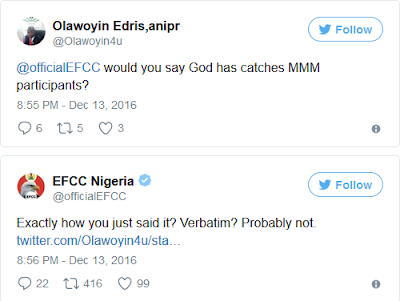 10. When someone compared Ponzi schemes with bet9ja. 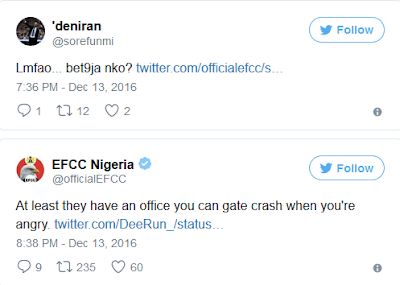