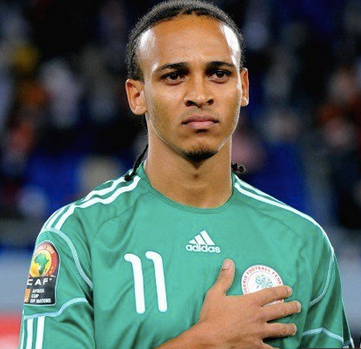 Former Super Eagles’ striker, Osaze Odemwingie, has explained how he received treatment from a herbalist, many years ago, when he was injured.
The Russian-born 37-year-old footballer said: ”I had a fall in training, I also hurt my shoulder and broke my arm. I was afraid to tell my mom so they took me to the local juju man.

They poured hot water to relax the muscles. Somehow they returned the hand to the place, while I yelled, they twisted some small sticks. There was a rite with a chicken.”
In the interview with championat.com, Odemwingie revealed that most African players believe in juju treatment than going to see doctors, when injured. ”At least 70% of players believe in it. They think that some kind of salve will save them,” he added.