The ancient times were further ahead than we presume them to be there has been many discoveries that proved that the ancient Greeks, Romans, and other civilizations had devised numerous technologies to accomplish day-to-day work. Our imagination is what takes us to the first step of advancement and our past generation is a good example of how we became so advanced using the technologies and all the creativity.

However, historians are digging up evidence that shows some ancient humans had their shit together in ways modern humanity can still barely manage.

Find some of them below 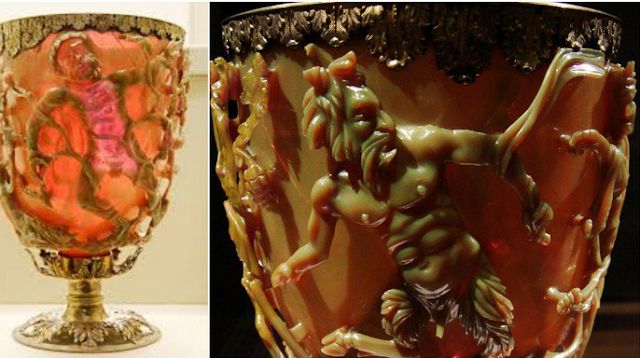 The Roman artisans were nanotechnology pioneers. Scientists believe that the Romans may have been the first ones to come across the colorful potential of nanoparticles by accident, but they sure perfected it! This amazing property of the Lycurgus Cup puzzled scientists for decades when the cup was acquired by the British Museum in the 1950s. It was not until 1990 that the mystery was solved.

Researchers studied broken fragments of the cup under the microscope and discovered that the ancient Romans had created the glass with silver and gold particles that were ground to be as small as 50 nanometers in diameter.
This suggests that the Romans knew what they were doing, meaning they had knowledge of nanoparticles!

2. The Sunstone and Uunartoq Disc That served As A Compass For Ancient Vikings 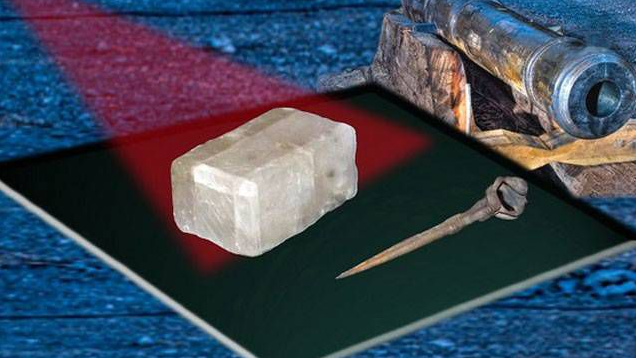 Often regarded as ruthless robbers, the Vikings were also impressive mariners capable of traversing the North Atlantic along a nearly straight line. Now, new interpretations of a medieval compass suggest the sea robbers may have skillfully used the sun to operate the compass even when the sun had set below the horizon. 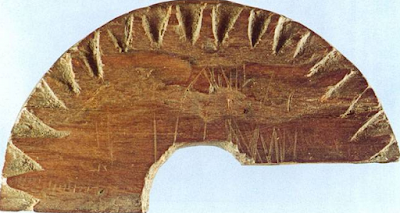 The remains of the supposed compass — known as the Uunartoq disc— were found in Greenland in 1948 in an 11th-century convent. Though some researchers originally argued it was simply a decorative object, other researchers have suggested the disc was an important navigational tool that the Vikings would have used in their roughly 1,600-mile-long (2,500 kilometers) trek from Norway to Greenland. 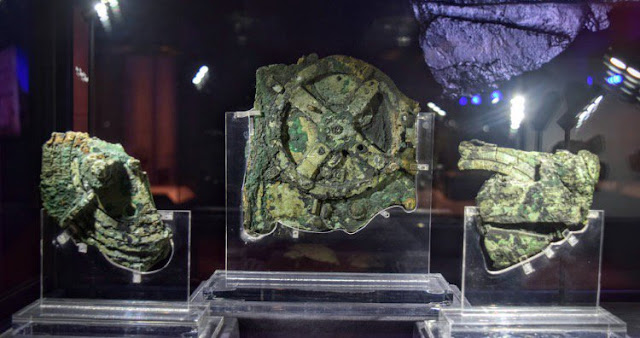 The Antikythera computer was used to predict the position of the planets and stars in the sky depending on the calendar month.
The mechanism is like a great astronomical clock — or like a modern analog computer which uses mechanical parts to save tedious calculation. The logic behind calling it an analog computer is that similar to a computer, the user can provide an input and get the desired output based on some calculations. 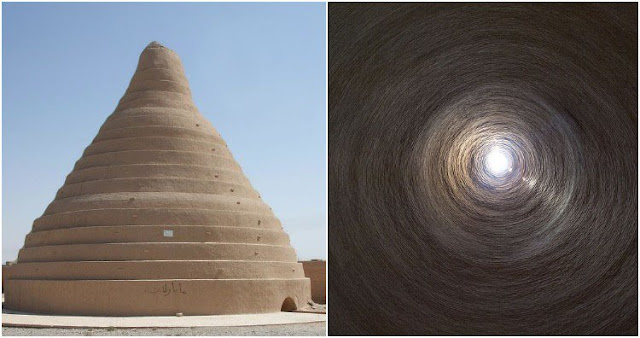 During the winters, the Persian people used to bring ice from nearby mountains and store them in pits they created in the middle of the desert. The ice pits, known as “yakhchal,” were one of the most ancient refrigerators known to mankind. They were also used to keep food cool and healthy during the intense summers. 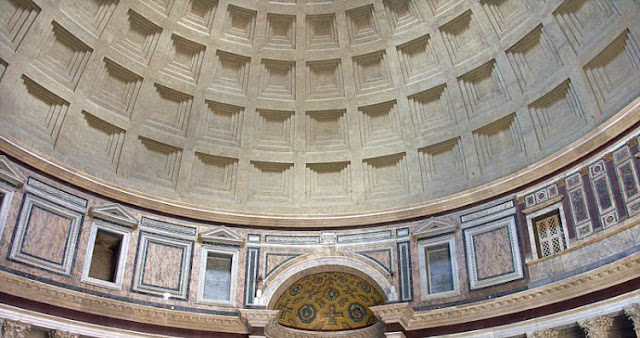 This is not a modern-day concrete but a 2000-year-old Roman concrete which is stronger and better than the ones that are used nowadays. Not only is the Roman concrete is more durable than modern cement, it even gets stronger with time!

Modern concrete is a typically a mixture of silica sand, limestone, clay, chalk and other ingredients that are melted together at insanely high temperatures. The final product is made inert so that no chemical reactions can take place that might lead to erosion. This is the reason why concrete does not last as long as natural rocks. On the other hand, ancient Roman concrete was created with volcanic ash, lime, and seawater. The Romans took advantage of the chemical reactions they may have observed in tuff rocks, which are naturally cemented volcanic ash deposits. 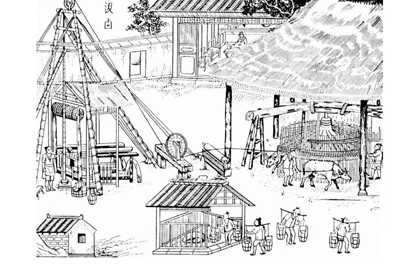 Salt was a highly valuable resource in the ancient world, both as a preservative before refrigeration and as the only weapon keeping the slug people away. The Chinese had no choice but to dig down into the ground in search of that savory white gold. 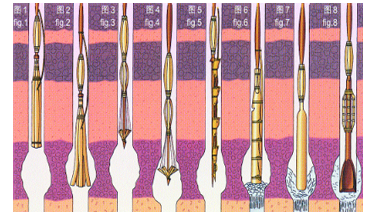 Their drilling methods weren’t just ingenious, they were also sophisticated. They designed a whole catalog of drill tips for different circumstances, and even had a protocol for repairing cave-ins underground from the safety of the surface. 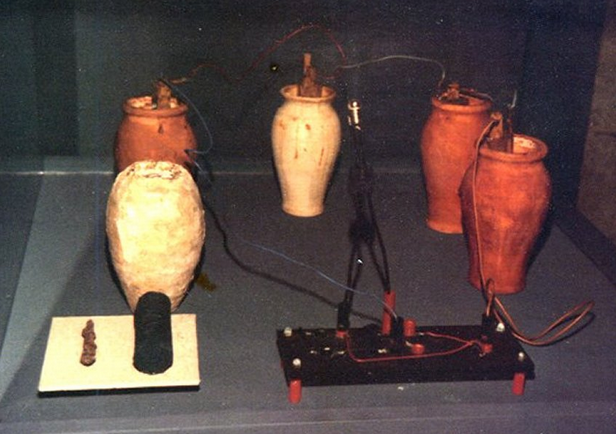 The artifact – thought to be a 2,000-year-old electric battery – was found in 1936 by railroad workers in the area of Tel Khujut Rabu, south of Baghdad.
Most sources date the batteries to around 200 BC, but the first known electric battery – the Voltaic pile – was not invented by Italian physicist Alessandro Volta until 1799.

The bottoms of these mysterious cylinders were capped with copper discs and sealed with bitumen or asphalt. Another insulating layer of bitumen sealed the tops of the pots and held in place iron rods suspended into the center of the copper cylinders. 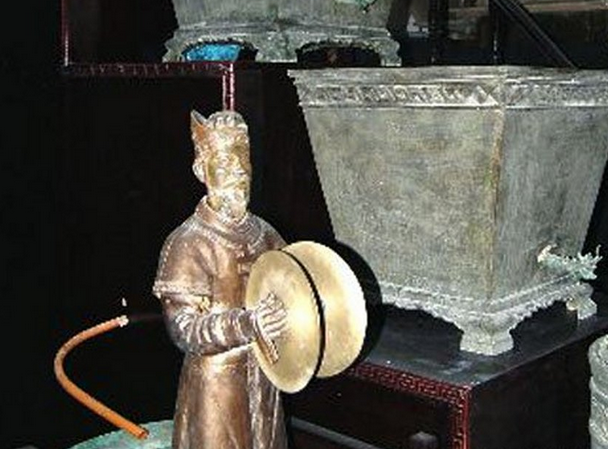 Researchers discovered ancient Chinese highly advanced robots that could sing, dance, act like servants and perform many other surprising tasks.
Some of these remarkable robots are even said to have possessed life-like organs such as bones, muscles, joints, skin and hair.

It’s a quite remarkable considering it is only recently our modern civilization has started to develop human-like robots.
There is no doubt mechanical engineering in ancient China reached a very high level.

PLEASE TAKE A LITTLE MOMENT OF YOUR TIME TO TELL US WHAT YOU THINK IN THE COMMENT SECTION OR ANYONE YOU THINK WE MAY HAVE MISSED.

About YugoMag 233 Articles
I'm YuGo and I love anything Interesting and Entertaining...