A developer in China built an entire 57-story mixed-use building brick by prefabricated brick at a rate of three full stories a day. The building took only 19 days to complete, according to Gizmodo. 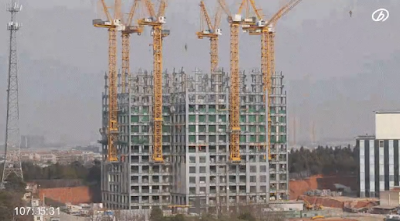 The building has 800 apartments and enough office space for 4,000 people. It was originally planned to be built up to a height of 220 stories, but it was cut down because of concern it was too close to a nearby airport.

The prefab construction is also environmentally friendly, as large sections of the building were built off-site and taken to the building site to be stacked on top of each other. This significantly reduced the number of trips needed to transport the raw materials.

You can watch the full promotional video of the building’s construction below: