Scientists are proposing an inventive, yet so far unproven approach to tackle climate change. ‘How?’ we hear you ask? Well, by dimming the sun, of course. That’s right, and while that may sound like the plot of a low-budget action film, there is some science behind the idea. 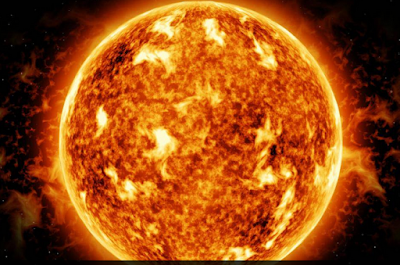 Harvard and Yale universities scientists claims that the global warming could be cut in half by spraying sun-dimming chemicals into the Earth’s atmosphere. They believe the technology could help solve the problem of global warming to some great extent.
The research was conducted at Harvard and Yale universities, who published a paper in the journal Environmental Research Letters, claim this idea could cut the problem of climate change in half.

They are calling the idea ‘stratospheric aerosol injection tactics‘. According to the paper, this would involve spraying sulphate particles into the Earth’s lower stratosphere.

For spraying, a special kind of aircraft, or large naval-style guns will be used. Though, the technology is still hypothetical with no existing aircraft suitable for mission.

The scientists made it clear that it’s a cost effective project to save humanity, “Developing a new, purpose-built tanker with substantial payload capabilities would neither be technologically difficult nor prohibitively expensive.

And The Estimated Cost?

The total cost of launching a hypothetical system in 15 years’ time at around $3.5 billion, with running costs of $2.25 billion a year over a 15-year period.”

Below is a diagram, as illustrated by Nature.com 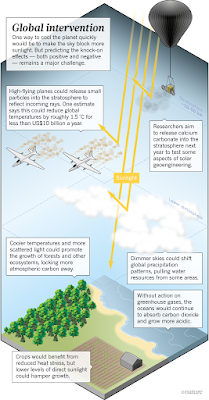 Worryingly, if people who believed in chemtrails were to see this, they’d probably go into overdrive about the implications of ‘spraying’ into the atmosphere, and we’d risk more inane and absolutely ridiculous conspiracy theories.

There will be also the chances of potential risks including coordination between multiple countries in both hemispheres would be required, and Stratospheric Aerosol Injection techniques could jeopardize crop yields, lead to droughts or cause extreme weather, said David Archer from the department of geophysical science at the University of Chicago.